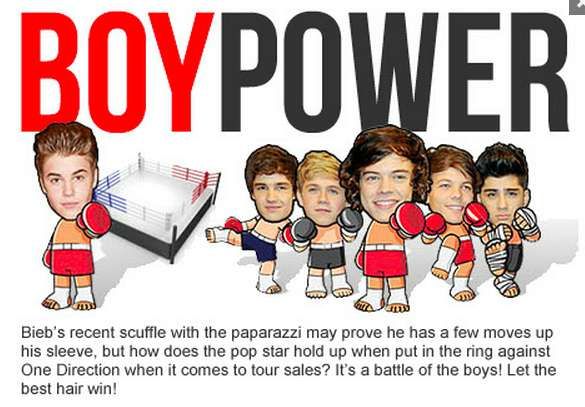 The 'Justin Bieber vs. One Direction' Chart Dissects Fanbases

While both of them hold an intense American fanbase, both acts are from outside of America. Bieber, a Canada native, is from the hometown of Stratford, Ontario whilst One Direction's bandmates are spread from around different areas of the UK. Bieber holds a steady lead in the Facebook, Twitter and YouTube categories of social media, trumping the British invaders many times over. However, One Direction is a relatively new addition to the scene so over the next year this graph could look entirely different.
4.1
Score
Popularity
Activity
Freshness
Get Better and Faster