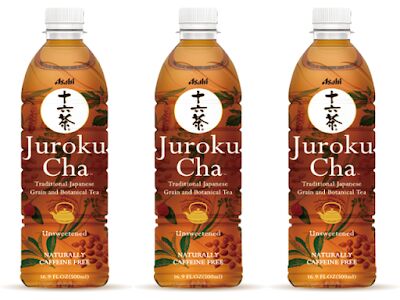 Asahi is Finally Bringing Its Popular Juroku Cha Tea to the U.S.

Juroku Cha, which literally translates into "16 tea," is a grain and botanical tea that's made from 16 ingredients, including corns, brown rice, pearl barley, habu tea leaves, barley, guava leaves, shiitake mushrooms, jujube, kelp, and more. Each of these ingredients is also "individually roasted to create an uplifting one of a kind taste." The drink is unsweetened and completely caffeeine-free, making it a great option for just about any time of day. In fact, Juroku Cha is already one of the best-selling teas in Japan.

Following its U.S. debut, Juroku Cha will be available online from Amazon or at some Asian grocery stores and specialty retailers.