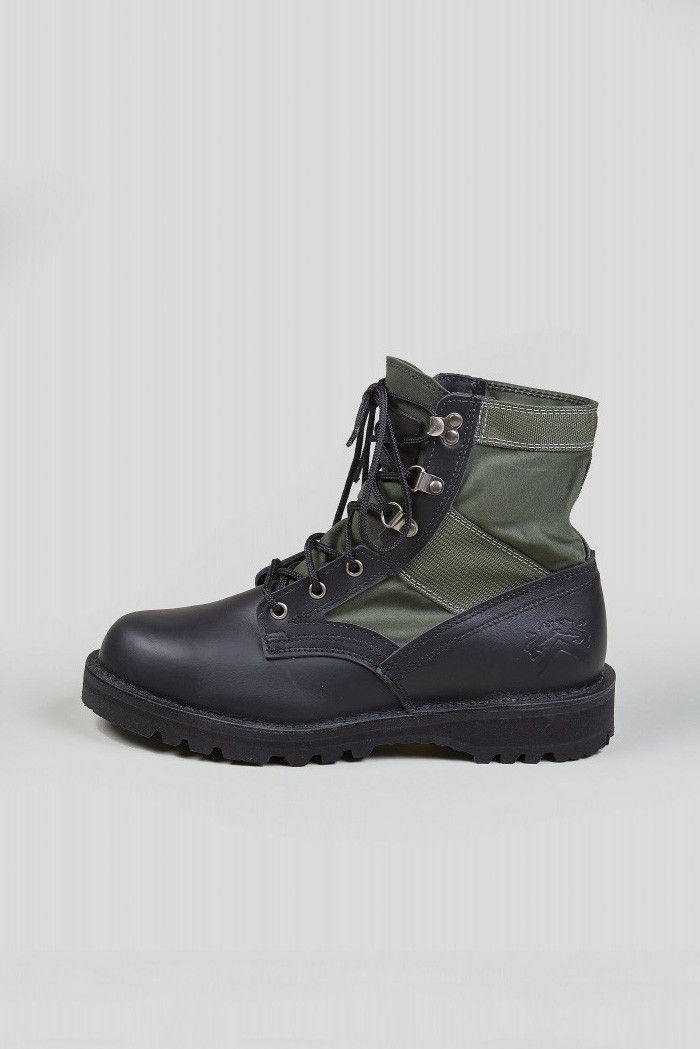 Amy Duong — October 26, 2018 — Fashion
References: cabourn & hypebeast
Nigel Cabourn is a British designer and he recently collaborated with American footwear label Danner on the militaristic Jungle Boot. The collaborative footwear option boasts a heavy duty silhouette that was created with inspiration drawn directly from the army. More specifically, the boots that were worn by the American soldiers at the Vietnam war.

It has a high-cut structure and is complete with Ventile canvas in militaristic green and black leather materials across its uppers. Additional details include the designer's branding accents found at the heel, some nylon trimming at its uppers, bright orange Ventile at the inside of the tongue tab, and metal hook eyelets along with the tonal black and green lacing systems.
2.8
Score
Popularity
Activity
Freshness