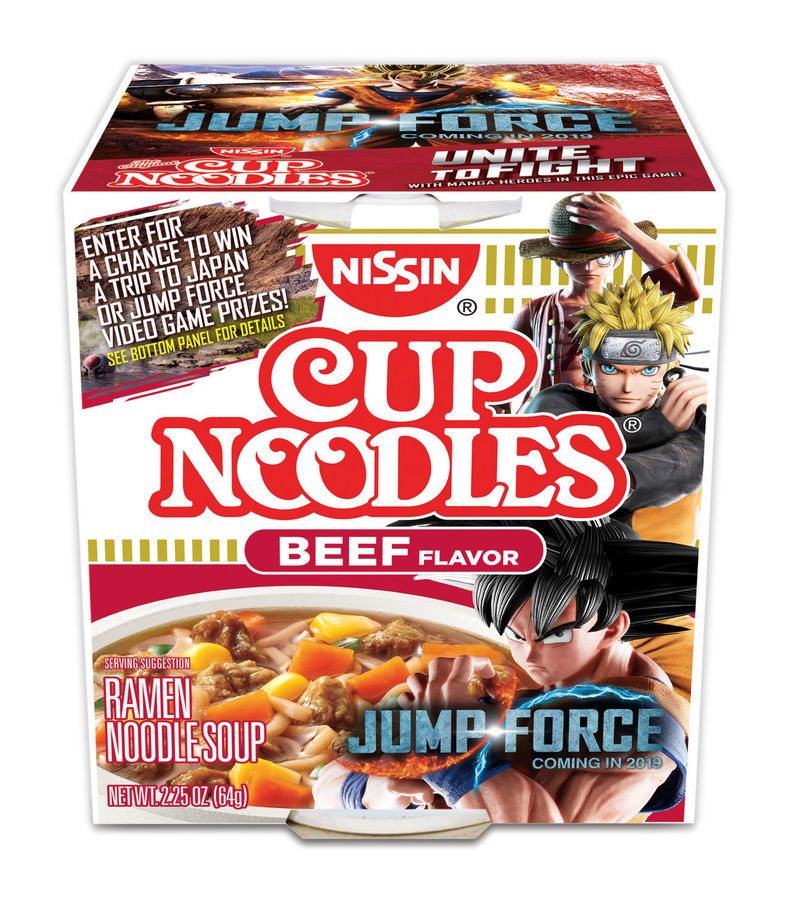 This year, Nissin's Cup Noodles teamed up with video game Jump Force to launch a contest called the 'Jump to Japan Sweepstakes.' To participate, fans simply have to purchase specially marked packages of Cup Noodles and send a photo of their receipt to a specific website. Fans can win everything from copies of the Jump Force game to Cup Noodles merchandise, but the highly coveted grand prize is a trip for 2 to Tokyo.

The competition is running from now through June 30th, giving fans plenty of time to stock up on beef, chicken, or shrimp Cup Noodles ramen.