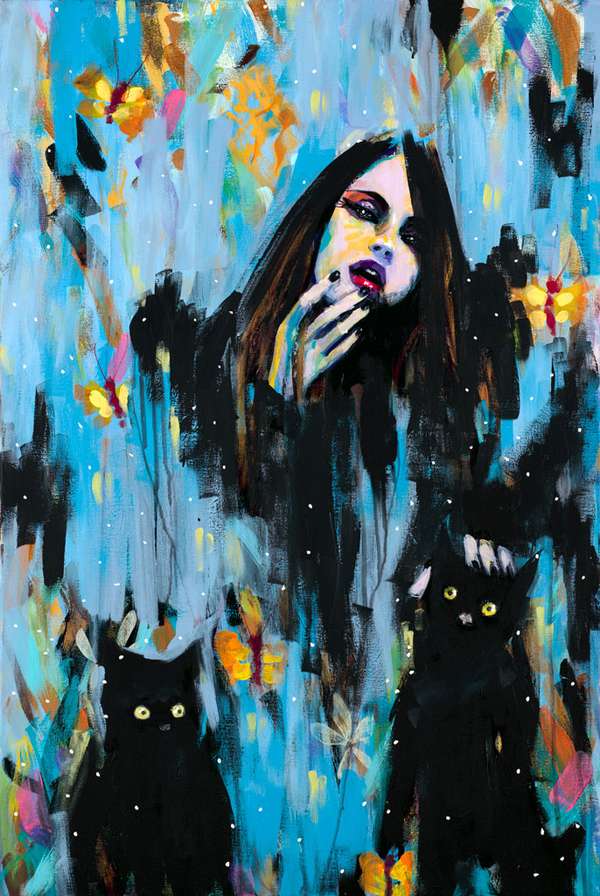 It’s messy, it’s colorful, and it’s cryptic, and therein lies the allure of Joshua Petker’s renderings. Who else would think to hide their subjects amid a sea of streaky paint, often leaving only faces with geisha-like make-up for viewers to look at?

In Petker’s series ‘Water Lilies’, he also incorporates butterfly-like water lilies into most pictures, though that’s the closest thing to a clue Petker gives viewers as to the meanings behind his paintings. It’s this coupling of abstraction with visually stimulating colors and great technical execution that keeps fans returning to Petker’s masterpieces.
5.4
Score
Popularity
Activity
Freshness
Get Better and Faster