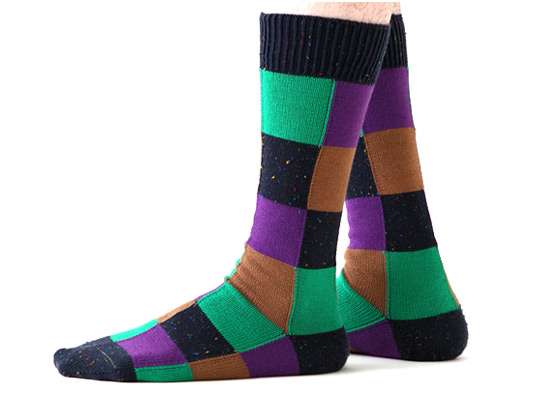 Christopher Nolan's take on Gotham's maniacal, homicidal clown has forever solidified a character that defines evil -- and surprisingly, style. For those who remember Heath Ledger's wardrobe in the film, he wasn't looking too shabby considering how he's suppose to be an unkempt maniac hell bent on chaos. The multi-colored suit now takes the form of the Joker Socks, which are reminiscent of the comic world's most infamous villain. Like the character himself, the accessory is colorful, mismatched and eccentric. It carries the traditional green and purple colors that the Joker is well-known for.

Think the Joker Socks are a little much? Give it a shot; after all, why so serious?
3
Score
Popularity
Activity
Freshness
Jeremy Gutsche Keynote Speaker