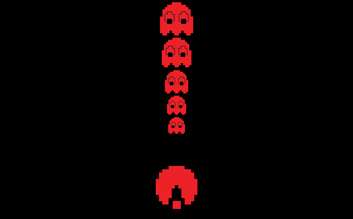 The Norwich, England-based artist has rendered a series of poster-like images depicting the punctuation being made up of various cartoon imagery. Among the collection are a bunch of Star Wars spacecrafts flying towards the Death Star, sperm swimming towards an egg, Pac-Man being chased by his enemies and a pair of chopsticks descending upon a piece of sushi. John Scarratt titled the series ‘Exclaimers,’ and rendered each piece in red and black for an added visual punch.