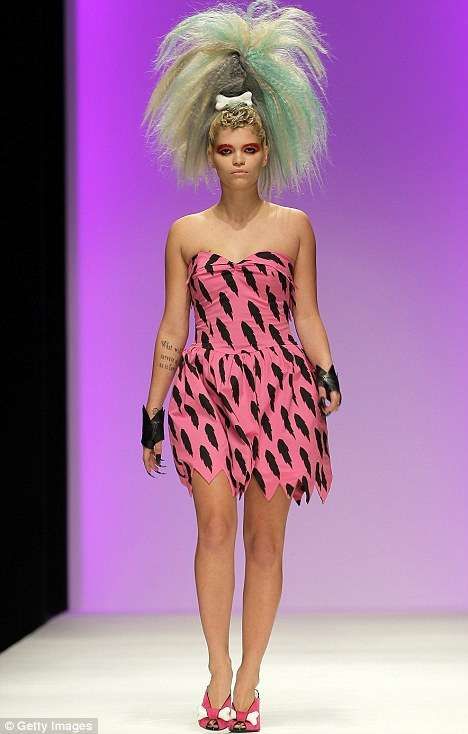 At Jeremy Scott's Spring 2010 runway show, models were decked out in the infamous black and orange, jagged fabric worn by Fred Flintstone complete with bones -- a la infant daughter Pebbles -- affixed to the base of their impossibly high, frizzed-out pony-tails.

While Jeremy Scott's Spring 2010 collection certainly created a fun showing and spectacle, I have my doubts as to the marketability of the collection. After all, as a society, we have already advanced from the era of the caveman and wearing these garments would feel something similar to regression.
3.6
Score
Popularity
Activity
Freshness
View Innovation Webinars

Caveman Houses
The Flintstones House Can Be Lived in Comfortably