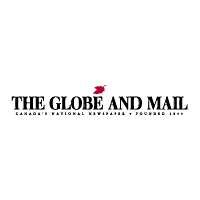 Marissa Brassfield — December 5, 2009 — About
References: jeremygutsche & theglobeandmail
Share on Facebook Share on Twitter Share on LinkedIn Share on Pinterest
Behind every entrepreneur, there is a series of influential figures; Jeremy Gutsche and Trend Hunter were profiled in a piece in the Globe and Mail about “Dr. Bob,” or Bob Schulz, a business professor at the University of Calgary who played a major role in Gutsche’s entrepreneurial career.

The piece discusses how Dr. Bob helped influence Jeremy’s decision to attend the University of Calgary over any other business school with a college athlete-esque recruitment approach. You can read the article below:

By Gordon Pitts, Globe and Mail

As an 18-year-old high school student in Calgary, Jeremy Gutsche knew what he wanted: four years at a top Eastern Canadian business school, and the chance to run his own company some day.

Then he ran into a force of nature known as “Dr. Bob,” and it changed his life.

The professor bombarded Mr. Gutsche with reasons to attend U of C - the teachers, potential scholarships, and, above all, the chance to star on his elite case-study teams, which Prof. Schulz coaches with the ferocious intensity of a gridiron tactician.

It’s a story that has been repeated countless times in Prof. Schulz’s 36 years at U of C.

While he is officially a professor of strategy, his great mission is providing a showcase for talented Prairie kids in the small, hotly contested world of case-study competitions.

The teenaged Mr. Gutsche was so overwhelmed, he turned down Queen’s University in Ontario, and stayed home to get his commerce degree at U of C’s Haskayne School of Business.

He eventually did get to Queen’s, as a team member in the Inter-Collegiate Business Competition (ICBC), the Vanier Cup of case-study tournaments, which is held in Kingston each January.

“I put Jeremy in a place where his skills could be well used,” says New Jersey-born Mr. Schulz, now 66.

By treating ICBC like a sports contest, Haskayne School has emerged as the New York Yankees of case-study competitions. In the 31-year history of ICBC, Haskayne has won more than twice the number of competitions as its nearest rival, hometown Queen’s, and about five times the amount of the next two schools. (Along with the undergrad ICBC, Haskayne also does well in MBA competitions.)

In case-study competitions, teams of two or three students are handed business case studies and told to come up with solutions in 5½ hours, and present them to a panel of expert judges. It tests the ability to absorb, analyze and present complex material at short notice. The tournaments are divided into categories such as finance, marketing, ethics, business policy and debating.

For the ICBC tournament, 150 teams from up to 35 universities try to qualify each fall by submitting written case solutions. From this pool, judges select the top six in each of eight categories to meet head-on in January.

In the finals - where I have served as a judge in the ethics competition - Prof. Schulz is highly focused, often unnerving other coaches and judges who take a more relaxed approach. His teams are remarkably well prepared. Some students receive course credits for taking part.

But the coach insists: “I don’t beat the students up. I’m not a yeller, screamer, curser kind of guy.” He does like to win, however. At one time, people complained about Haskayne’s dominance, Prof. Schulz says. “Some judges said: ‘Well, you won last year. Don’t you think you should give someone else a chance?’ It was kind of the Eastern socialism, I guess.”

Yet Dr. Bob, too, seeks to level the playing field. U of C may be far from major recruiters in the East, and its students may lack the big reputations - and polished assurance - of counterparts at Queen’s or the Ivey School of Business at University of Western Ontario. But they can still aspire to top jobs by distinguishing themselves in case studies.

“The top-tier firms don’t necessarily come to places like Calgary, but ICBC gives them something to look at,” says Mr. Gutsche, who did not actually win a case-study award at ICBC - his best showing was a top-six ranking. After school, he worked for consulting firm Monitor Group, and in financial services before setting up his own website, TrendHunter.com.

Prof. Schulz’s tireless advocacy of his students distinguishes him among Canadian business professors for his impact on the university - and city. “The people who have been influenced by Bob are like a big wave,” says Mike Tims, chairman of Peters & Co., the Calgary investment bank.

Dr. Bob’s army reads like a Who’s Who, not only of the oil patch but of intellectual leadership and activism. There is Ezra Levant, the conservative gadfly, who was on gold-medal debate teams; and Ben Perrin, a University of British Columbia law professor who has done important work combatting human trafficking.

Mr. Tims was never on the business case-study teams; U of C’s quest for dominance came after he had graduated. But Dr. Bob prodded him to go for an MBA at Harvard Business School, the first U of C grad to take that step.

One of his recent discoveries is Whitney Skinner from rural Saskatchewan, part of the ICBC winning team last year in labour arbitration. She is now aiming for a career in consulting, but not before she takes another shot at ICBC this winter. “Funny thing about Dr. Bob - we all want to live up to his expectations,” says Ms. Skinner, 21.

Dr. Bob has come a distance from New Jersey, where as the son of a brick layer he paid his way through school by caddying for the likes of Vito Genovese, the reputed Mafia godfather. Today, Prof. Schulz has no family at home, allowing him to devote more than 80 hours a week to the university, and play 60 rounds of golf a year.

After stops at Notre Dame and Ohio State universities, he landed at U of C in 1973, seven years after the campus was spun out of University of Alberta in Edmonton. In the late 1970s, U of C received an invitation from Queen’s to join a new kind of business case competition.

The thinking was that the real-time challenge of swaying a panel was a more reliable simulation of what students would face in the real world. “The fact that you’re in front of a panel of judges is a lot like presenting to a board of directors,” says Mike Robins, who has been involved in ICBC as an early competitor from Queen’s and as a judge. He is now chief financial officer of Atomic Energy of Canada Ltd.

Dr. Bob saw that the competition could give his students a needed leg up in job hunts. He revelled in the recruiting, training, and tryouts - although he now bans his teams from drinking before games.

At 66, how much longer will he last? He insists he could go to 75, but he at least wants to stay around to pick his successors.
2.9
Score
Popularity
Activity
Freshness
Jeremy Gutsche Keynote Speaker