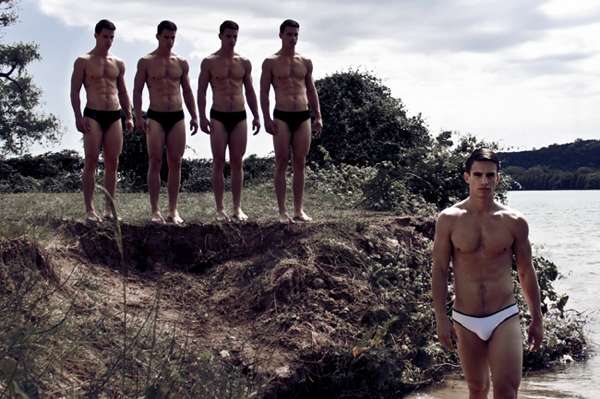 Marissa Brassfield — June 15, 2011 — Naughty
References: juancarlosdeleon & labdailyblog
This shoot of Jeff Thomas by Juan Deleon is an artistic editorial that takes place underneath an overpass next to a large body of water. Thomas models in pants, itty-bitty men's briefs, jeans and the occasional shirt here and there. In one image, Thomas nixes his clothes altogether, perhaps in preparation for an impromptu dip.

The particularly artistic aspect of the pictorial of Jeff Thomas by Juan Deleon is its multiple blended shots. Through image manipulation and post production, Deleon created group shots using a single model. We've seen cloned models in this fashion before, but Deleon took things a step further by creating interactive scenes from the separate shots. The fifth image in the gallery is a prime example of this technique.
5.3
Score
Popularity
Activity
Freshness