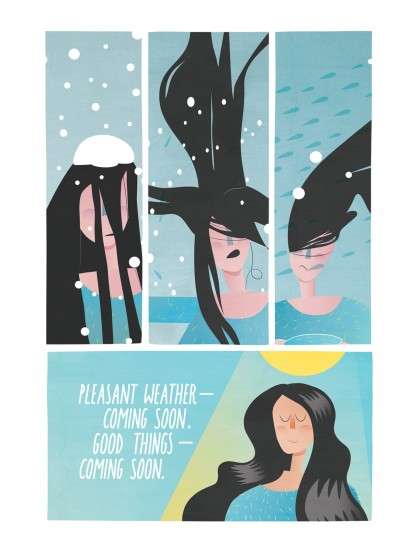 Meghan Young — April 30, 2013 — Marketing
References: ibelieveinadv
Share on Facebook Share on Twitter Share on LinkedIn Share on Pinterest
The Capital city of Lithuania, Vilnius, suffered from a long winter this year, one so drawn out that the JCDecaux Good Things Coming Soon ad campaign was created to lift the locals' spirits. It was so successful, that the city of Luxembourg requested to use them as well in hopes of receiving similar results.

Interestingly, the JCDecaux Good Things Coming Soon ad campaign is quite simple. It is a series of illustrations that show men and women caught in a cycle of bad weather only to have it suddenly break. For instance, one reads 'Beach--coming soon' while another says 'Less clothes--coming soon.' Each one ends with the positive statement, 'Good things--coming soon.' It was conceived by New! agency.
2.2
Score
Popularity
Activity
Freshness
View Innovation Webinars