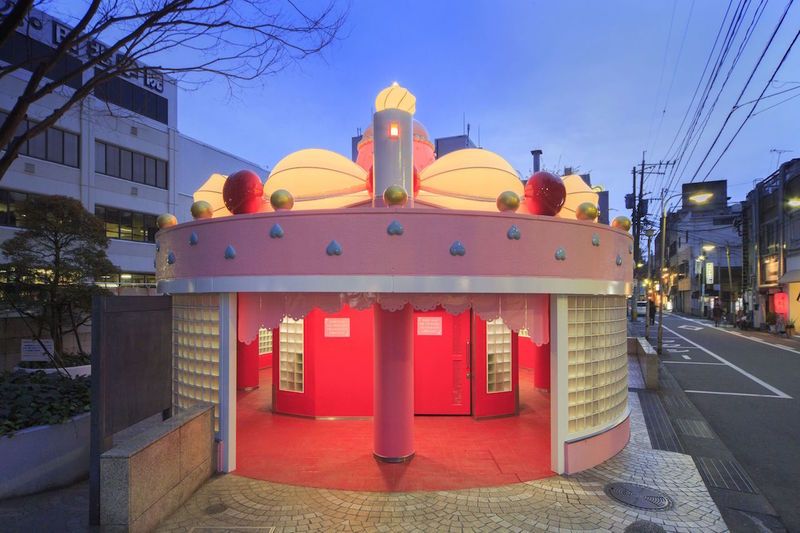 This Giant Cake Bathroom is Part of a Japanese Toilet Festival

The round pink washroom hut is designed by artist Mika Kasahara. Titled 'Melting Dream,' the piece looks like a cartoon cake or dish of ice cream from the outside, covered in illuminated puffs of whip cream and round, red cherry-like orbs. On the inside, it contains several stalls, sinks and mirrors, as well as a row of urinals on a wall decorated with images of dessert. The decadent, photo-realistic mural is covered in dripping icing and luscious fruits.

The purpose of the Japanese toilet art piece, according to the artist, is to portray a dark subliminal eroticism that echoes the crumbling of Japanese culture after the Fukushima nuclear incident.
4.1
Score
Popularity
Activity
Freshness
View Innovation Webinars