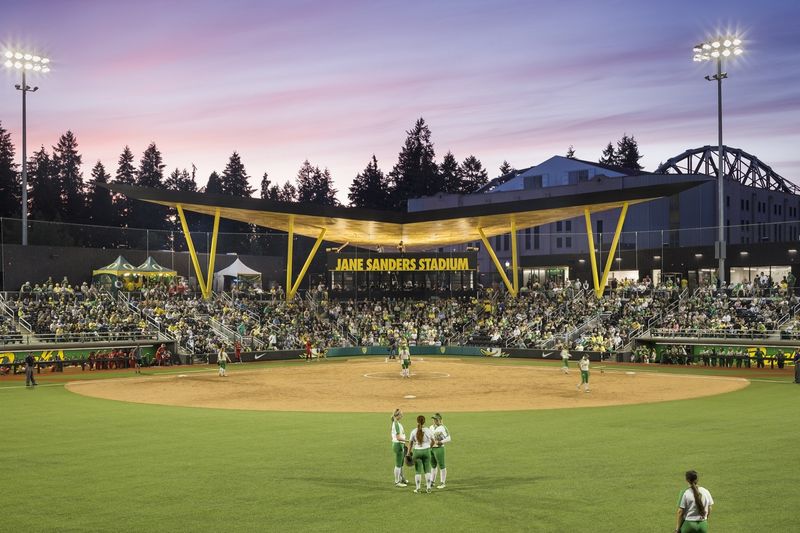 The New Jane Sanders Stadium is Home to the Oregon Ducks

Joey Haar — November 14, 2016 — Art & Design
References: srgpartnership & archdaily
Share on Facebook Share on Twitter Share on LinkedIn Share on Pinterest
The University of Oregon is known for having powerful athletics programs, and the newly opened Jane Sanders Stadium reflects that. Designed with a sharp, aggressive canopy over the home plate bleachers, the softball stadium is a state-of-the-art testament to the brand of the Oregon Ducks.

The canopy, which is Jane Sanders Stadium's most iconic and notable trait, was designed to look like a bird's wingspan captured in the middle of flight, a reference to the team's nickname: the Ducks. Further, the materials' black and yellow color scheme, coupled with the green of the field itself, is a reference to the Oregon Ducks' jersey colors.