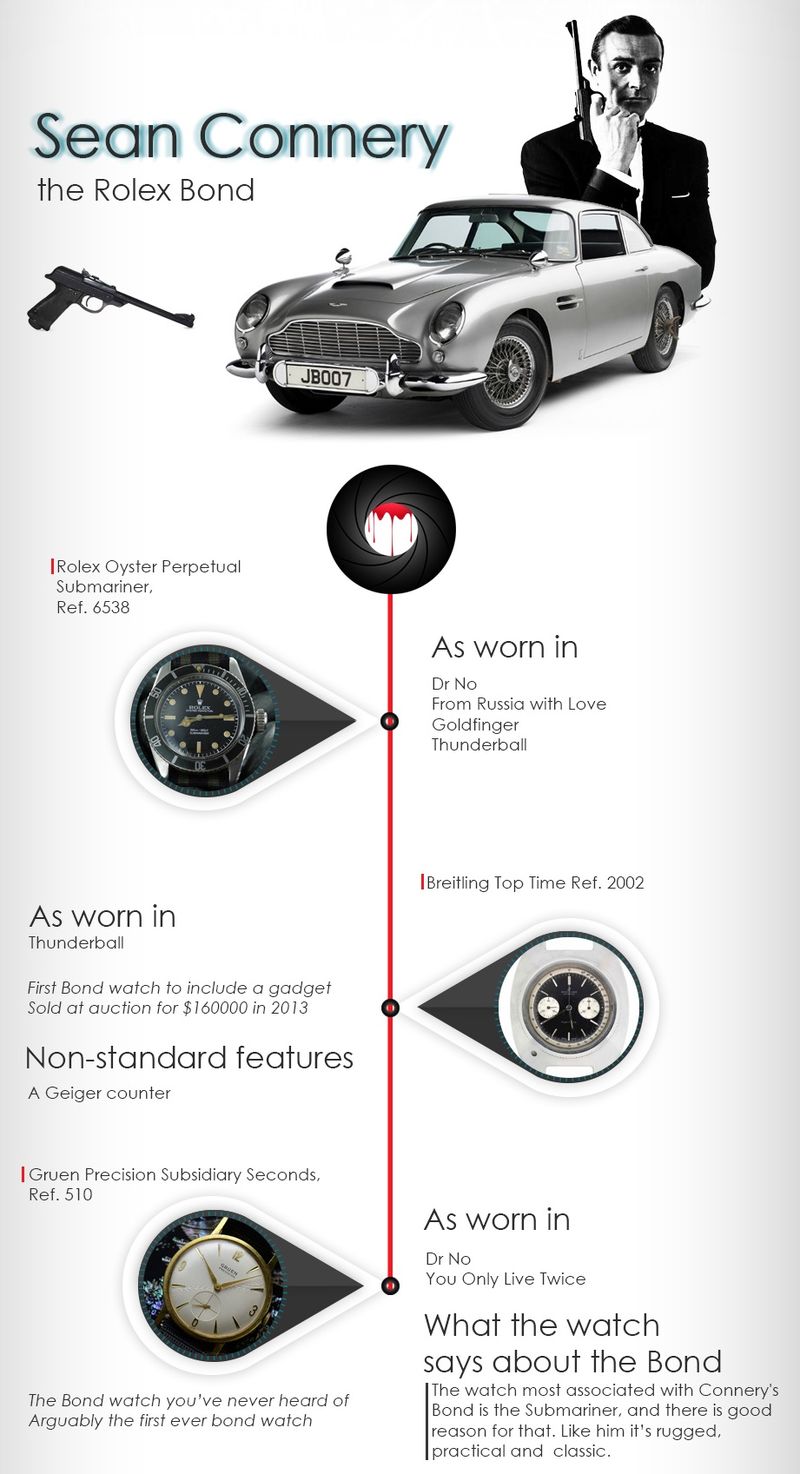 This Compilation Analyzes Every James Bond Watch from Every Film

The infographic is divided into James Bond stars, from the original Sean Connery films to today's Daniel Craig blockbusters. Under each star's heading is a list of James Bond watches they wore as the British master of espionage. The infographic contains factoids about each James Bond watch, as well as an analysis about what each timepiece adds to the portrayal of the character.

The first-ever James Bond watch, for example, was the Rolex Oyster Perpetual Submariner. It featured in the first four Bond movies. Like Sean Connery, the man who wore it, the Submariner was "rugged, practical and classic," setting the tone for the character of 007 himself.
4.9
Score
Popularity
Activity
Freshness
View Innovation Webinars