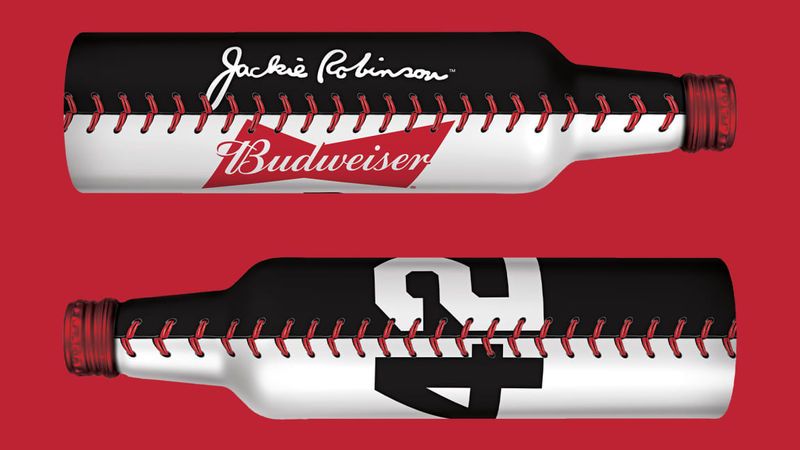 Budweiser is Selling a Jackie Robinson Beer for His 100th Birthday

Budweiser's new Jackie Robinson Beer pays tribute to the heroic achievements of the baseball player, both on and off the field. The beer is sold in sleek aluminum bottles, which are branded with the pitcher's number, 42. Fittingly, "42 cents from every bottle sold during the 2019 MLB season will be donated to the Jackie Robinson Foundation to help support the Jackie Robinson Museum opening in New York City this year."

For fans looking to learn more about Robbinson, Budweiser also collaborated with director Spike Lee to create a film about how Robbinson broke color barriers after years of segregation.

Martian Beer Experiments
With 'Bud on Mars,' Budweiser is Sending Barley Experiments to the ISS