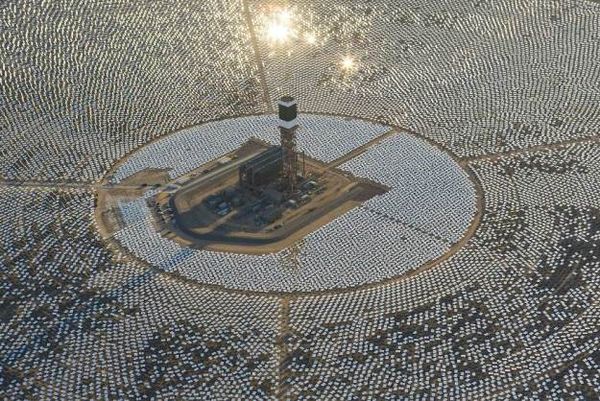 The generating system is located in the Californian desert in Ivanpah Dry Lake and can produce up to 392 megawatts at full capacity. The solar powered clean energy is set to provide electricity to 140,000 homes, ridding the staggering 400,000 metric tons of carbon dioxide waste annually.

The three unit power system is fitted with 300,000 software controlled reflective mirrors that has the ability to track the sun 365 degrees to divert the sunlight towards the three 450 foot tall towers. Once the sunlight strikes the towers, the heat generated heats the water and converts it into super-heated steam which is diverted to a turbine to generate electricity.
4.9
Score
Popularity
Activity
Freshness
View Innovation Webinars