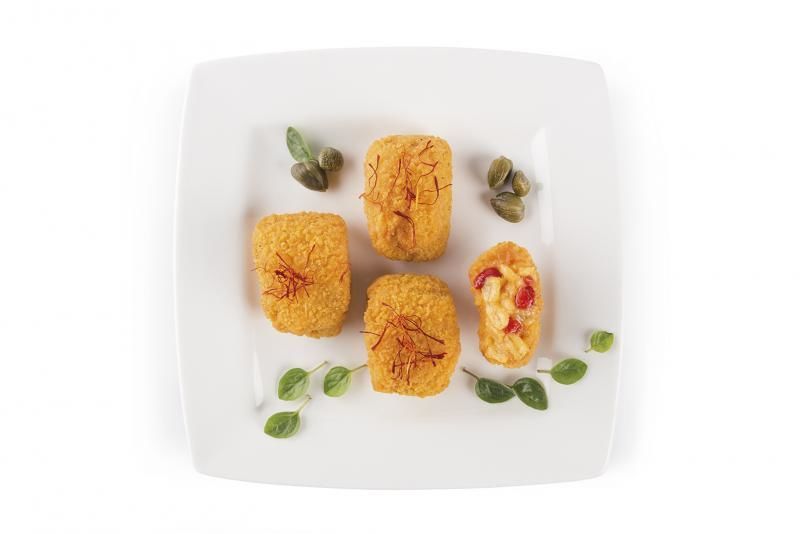 This Vegan Italian Appetizer Reinvents Orzotto in a Bite-Sized Format

Orzotto is an Italian dish that is very similar to risotto, but it is made with pearl barley in place of rice. Fioravanti describes its Orzotto with Peppers as a "delicious, tasty street food," and it makes for a small snack or appetizer that can be easily eaten with one's fingers. In the same way that orzotto makes a great side dish to a full-sized meal, these small, shareable bites make the perfect companions to other appetizers that are served as snacks.