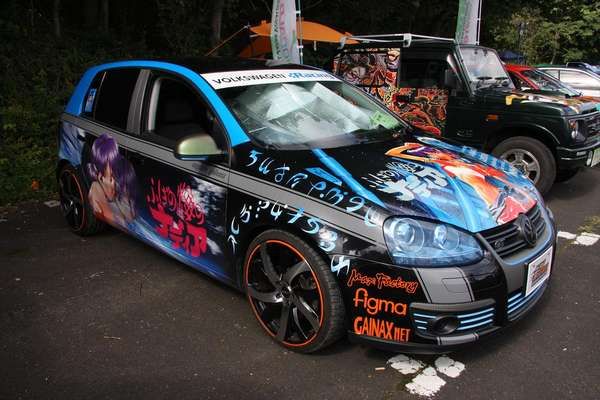 Ita Fest in Tohoku Showcases some of Japan's Exotic Nerdmobiles

Wes Walcott — September 27, 2012 — Autos
References: kotaku
Share on Facebook Share on Twitter Share on LinkedIn Share on Pinterest
In Japan, "Itasha" -- translated to english as "painmobile" -- are automobiles that have exotic images and decals depicting famous manga, anime or video game characters. Although it's unclear whether the "ita" refers to pain experienced by the car owner's bank accounts after they dole out wads of cash for the elaborate custom paint job, or if it's the pain experience by onlookers that catch a glimpse of these splashy sports cars has yet to be seen.

Although the Tohoku area of Japan was practically decimated by the 2011 earthquake, that didn't stop the region from hosting the 2012 Ita Fest in Tohoku, welcoming all the nerds to come show of their geektastic autos. Many of the cars feature popular female characters such as Kyon from the manga series Haruhi Suzumiya or dolls from the anime series Rozen Maiden. However, there's always the odd Pikachu Porche or Doraemon coupe that makes it into the mix.