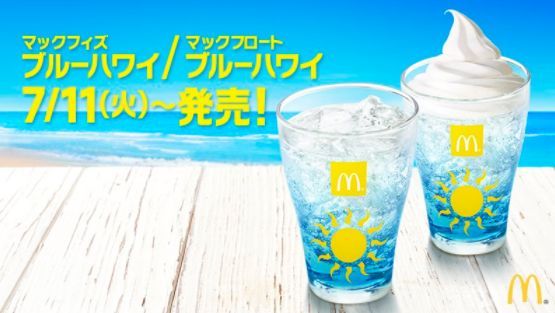 Over the years, McDonald's Japan has been known to deliver flavor-packed seasonal treats. Recently, it also released a Pikachu-inspired McFlurry made with chocolate swirl and banana syrup.

This year, McDonald's is summer-ready with a blue hawaii-flavored soft drink. Similar to the sakura-flavored McFizz that was released last summer, the Blue Hawaii McFizz is made with loads of blue syrup, a splash of apple juice and Sprite. This island-flavored fizzy drink can even come topped with a dollop of ice cream. The summer menu will also include limited edition offerings like a Hawaii-inspired burger and spicy chili fries.

By releasing limited edition products like the Pikachu McFlurry and Blue Hawiaii-McFizz, McDonald's is able to generate interest from experimental food fans, while solidifying itself as a brand committed to flavor innovation.
1.9
Score
Popularity
Activity
Freshness
Jeremy Gutsche Keynote Speaker