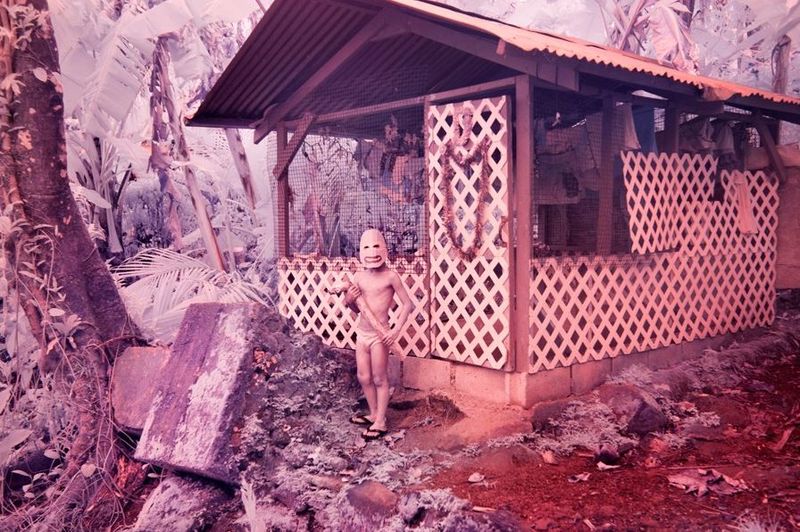 'Island of the Colorblind' Shoots a Tropical Island in Hueless Tones

Joey Haar — July 14, 2017 — Art & Design
References: uitgeverijkannibaal.be & wired
Share on Facebook Share on Twitter Share on LinkedIn Share on Pinterest
'Island of the Colorblind,' a new photography book by Belgian artist Sanne de Wilde, is meant to mimic the experience of islanders living in the tiny Micronesian archipelago of Pingelap and Pohnpei. Because of a rare recessive genetic trait, nearly 10 percent of the area's inhabitant suffer from achromatopsia, or complete colorblindness. Island of the Colorblind uses photography techniques to give readers a sense of what seeing such a powerfully colorful tropical paradise might be for those people.

Achromatopsia is an incredibly rare condition, affecting just one in 30,000 people in the general population. It has such a high rate of sufferers in Pingelap and Pohnpei because of a typhoon that hit the islands in the late 18th century, decimating the population. The king of the islands survived the disaster, and he was said to carry the condition, so the modern instantiation is probably a result of his lineage.
2.7
Score
Popularity
Activity
Freshness
Attend Future Festival Virtual