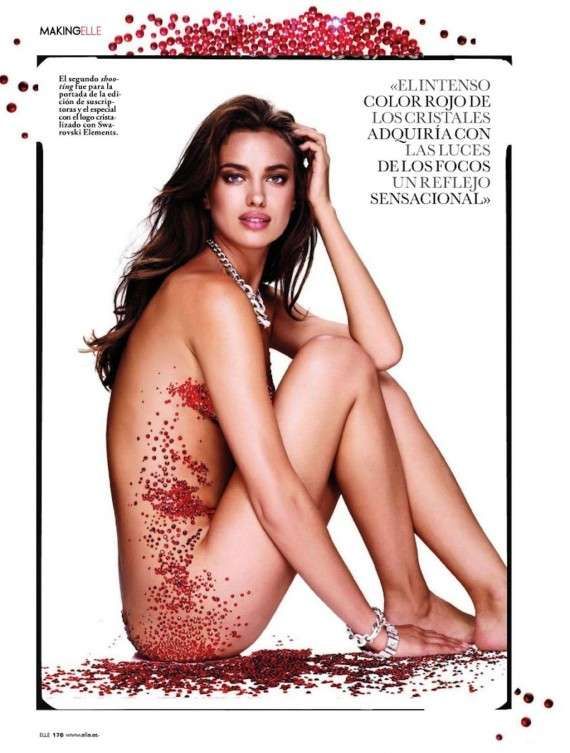 Souzan Michael — November 25, 2011 — Pop Culture
References: myjestik & beautyisdiverse
Share on Facebook Share on Twitter Share on LinkedIn Share on Pinterest
The holiday season can be stressful for most people, due to crowded malls, constant cooking, family dinners, office parties and on top of all that, you have to find something to wear to each event, but the Irina Shayk for Elle Spain December 2011 shoot demonstrates that sometimes all you need to look great is a bag full of rhinestones.

Perhaps the arts and crafts approach to dressing only works for a supermodel, but Shayk certainly pulls it off and manages to look classy while doing it. The 25 year-old Russian model is most well known for her appearances in Sports Illustrated from 2007 to 2011, and she even appeared on this year's cover.