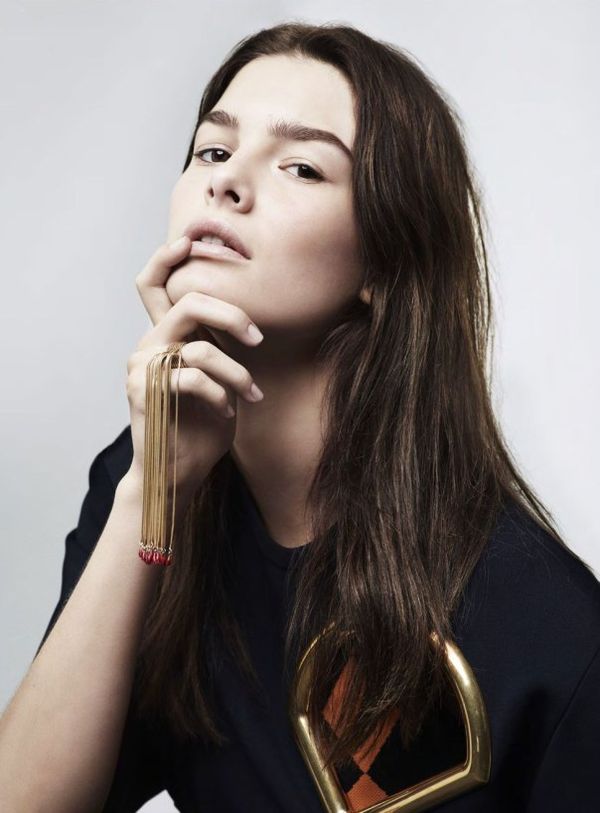 Fashion editor Brian Molloy styled Guillermand in strappy sandals, fringed ponchos and garments covered in stripes and other geometric patterns. The accompanying jewelry is almost industrial, looking more like props than anything ornamental. Examples include a stirrup-like appendage affixed onto Guillermand's lapel, and a silver hoop she carries in several shots. The looks are offset by Guillermand's posturing, which is stiff and angular. Her unnatural movements complement the mechanical aesthetic that the editorial is going for perfectly. If you're over the flirty and feminine look, this clean-cut and super structured alternative might be for you.