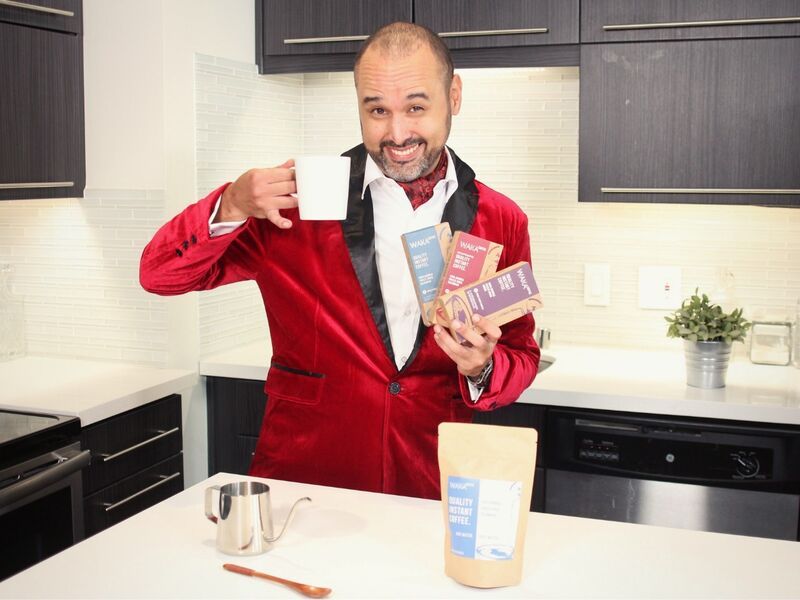 Laura McQuarrie — August 4, 2020 — Lifestyle
References: wakacoffee & prnewswire
Share on Facebook Share on Twitter Share on LinkedIn Share on Pinterest
With its new instant coffee campaign, Waka Coffee is sharing its first-ever video ad and a mission to change consumers' perception of instant coffee. Although instant coffee is sometimes seen as low-quality and less desirable than a regularly prepared cup of coffee, the brand is out to change minds by emphasizing that its products are Loved Even by Coffee Connoisseurs.

The instant coffee campaign taps into the growing demand for instant coffee in the United States and it shows Court, played by Rafael Alejandro, as he goes through his daily coffee routine. Meticulous with his coffee, Court seems to be put a ton of time and devotion into his daily brew, only for it to be revealed that he's actually drinking instant.