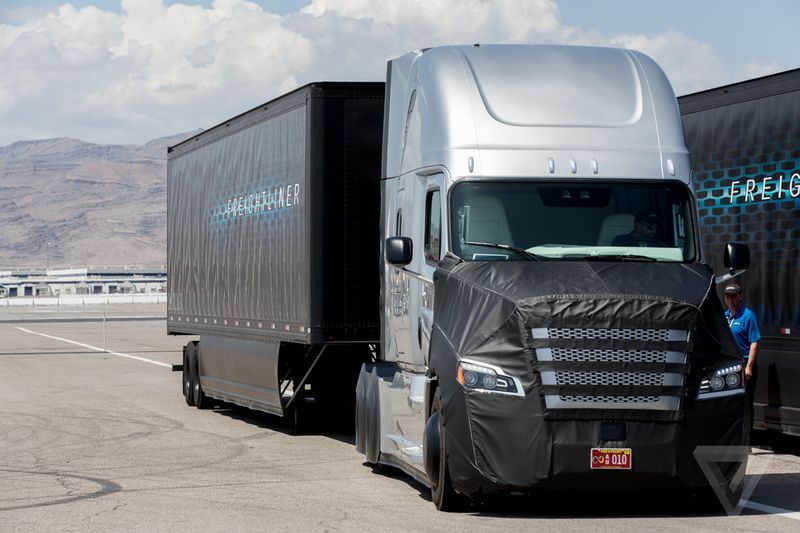 Meghan Young — May 6, 2015 — Autos
References: freightlinertrucks & theverge
Share on Facebook Share on Twitter Share on LinkedIn Share on Pinterest
Freightliner has gotten ahead of the autonomous automobile curb with its Inspiration Truck. The first self-driving commercial truck that is street-legal, it officially granted one of Nevada's "Autonomous Vehicle" license plates by Nevada governor Brian Sandoval. Ushering in a future that is much closer than some people might have expected, the Inspiration Truck will bring an added level of safety to the road since it will help minimize fatigued drivers.

Although it isn't meant to replace drivers completely, the Inspiration Truck will make a significant difference for long shift drivers. Dr. Wolfgang Bernhard, Daimler AG's truck boss, says, ÈWe measured brain activity with or without autonomous function, and it clearly shows that driver drowsiness decreases by about 25 percent when the truck is operating in autonomous mode."
2.3
Score
Popularity
Activity
Freshness
Attend Future Festival