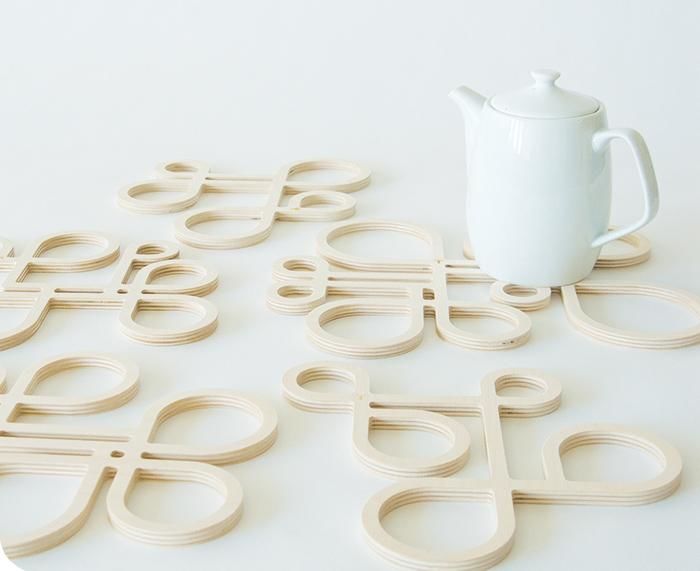 The InsideOut Trivet Adds Playfulness to a Utilitarian Serving Tool

Joey Haar — May 9, 2018 — Art & Design
References: androidcentral & betterlivingthroughdesign
The InsideOut trivet is a great piece for people who want to maximize their design touch throughout their home. The attractive, arty piece of course fulfills the markedly boring function of keeping tables and countertops safe from the heat of kettles and hot dishes, but it also adds a pop of creativity where there isn't any normally.

Trivets aren't typically much to look at. Considering that their entire purpose is in being covered by hot objects, most designers don't see much value in making them look like anything worthwhile. However, the InsideOut trivet shows that there's still fun to be had. The trivet is long enough to protrude from under whatever its supporting, and it's even funky enough to leave out as a centerpiece at any time (regardless of the temperature of dishes).
3.9
Score
Popularity
Activity
Freshness