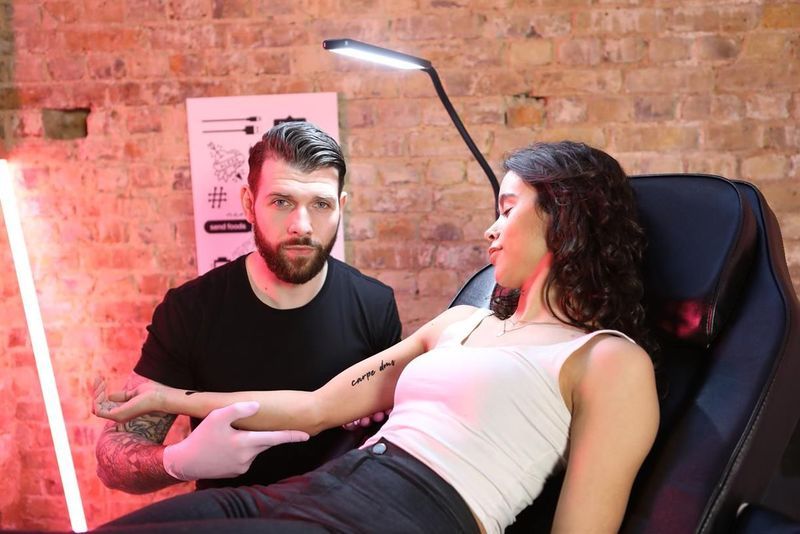 Laura McQuarrie — March 20, 2019 — Marketing
References: facebook & london-post
Share on Facebook Share on Twitter Share on LinkedIn Share on Pinterest
To kick off the launch of its new Pay as You Go Rewards program, British telecommunications and Internet service provider Three set up 'InkDecision' as a temporary tattoo parlor pop-up. Over the course of two days, Three gave people the chance to get temporary wearable art from InkBox and meet stars from the show Tattoo Fixers.

The Millennial-targeted pop-up specifically spoke to people who are averse to long-term commitments. As Three puts it, the pop-up was for "celebrating being flakey and changing your mind." The temporary tattoo designs offered at the pop-up parlor included artwork and motivational quotes with a distinctly Millennial twist, including sayings like "Carpe DM’s," "Meme, myself and I" and other pieces of phone-themed body art.

Like the pop-up, Three's Pay as You Go Rewards program appeals to those who avoid locking themselves into lengthy commitments and prefer instant rewards.
5.8
Score
Popularity
Activity
Freshness
View Innovation Webinars