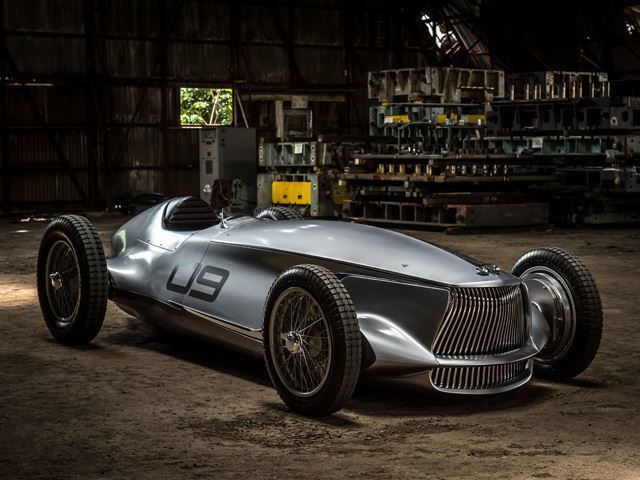 Michael Hines — August 15, 2017 — Autos
References: infinitiusa & carbuzz
The Infiniti Prototype 9 is an attempt to see what a Japanese open-wheel racer from the 1940s would look like. Of course this isn't the 1940s, which means the Prototype 9 isn't entirely a throwback. Despite having a handmade steel body the Infiniti Prototype 9 packs the next-generation Nissan Leaf's electric engine. This 148-horsepower engine can reportedly rocket the open-wheeler from 0 to 60 in just 5.5 seconds.

The Prototype 9 has a top speed of 106 mph but unfortunately its electric engine can only run it at racing speeds for 20 miles, so don't expect to see this thing on the track anytime soon. The Infiniti Prototype 9 was created specifically for an upcoming car show in Pebble Beach, California, and is a one-off that will not see any form of production.
4
Score
Popularity
Activity
Freshness