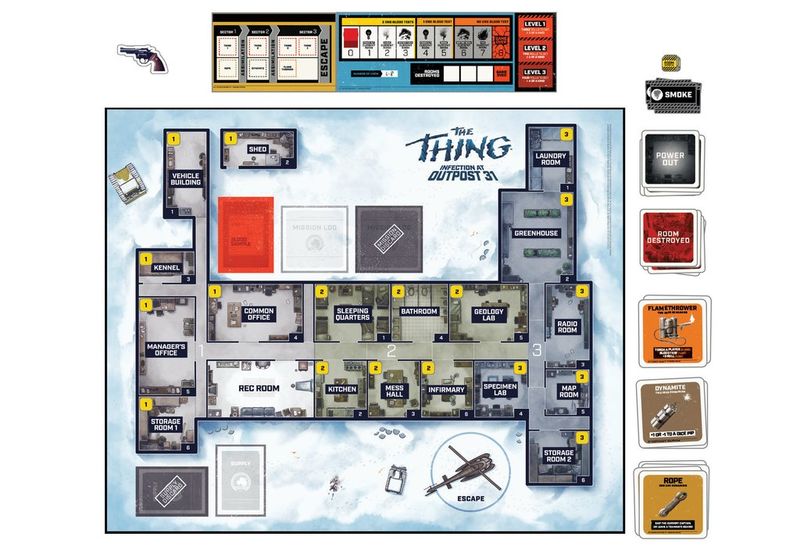 'The Thing: Infection at Outpost 31' is Based on the Famous B-Movie

Joey Haar — October 27, 2017 — Life-Stages
References: mondotees & arstechnica
Share on Facebook Share on Twitter Share on LinkedIn Share on Pinterest
Not all board games are like Candyland or The Game of Life — as 'The Thing: Infection at Outpost 31' shows, board games can come with their fair share of creepy, dark, and scary storylines. As its name suggests, Infection at Outpost 31 is based on 'The Thing', the famous sci-fi horror B-movie about an alien that can perfectly imitate humans and anything else.

The game, which was developed by Mondo and Project Raygun, is turn-based, with each player acting as a character whose decisions can impact the others in crucial ways. The game follows researchers on an isolated Antarctic base who contact an alien that's dead set on escaping to infect the human race. Players need to cooperate with one another in order to succeed, but they have to be careful that the people with whom they forge alliances aren't the aliens themselves.
1.3
Score
Popularity
Activity
Freshness
Get Better and Faster