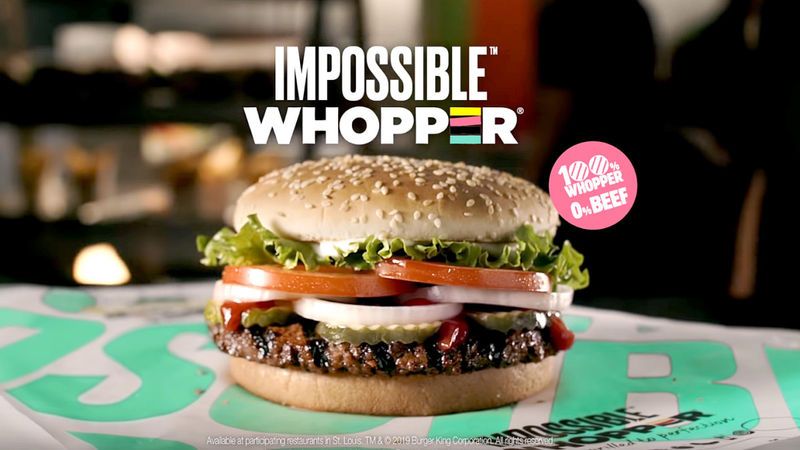 Katherine Pendrill — April 2, 2019 — Lifestyle
References: usmagazine & chewboom
Share on Facebook Share on Twitter Share on LinkedIn Share on Pinterest
Burger King is about to give its most iconic burger a bit of a makeover with the debut of the Impossible Whopper. Though the announcement came on April 1st, it seems to be a real addition to the Burger King menu.

According to Burger King, the chain will begin testing the Impossible Whopper for a limited-time at 59 select Burger King locations in the St. Louis area. The burger itself is a plant-based take on the chain's famous flame-grilled Whopper. Instead of a beef patty, the burger features a plant-based Impossible patty, topped with sliced tomato, lettuce, pickles, mayo, ketchup, and sliced white onions.

To prove just how tasty the new Impossible Whopper is, the brand served it to customers as a regular Whopper. None could believe the Impossible Whopper was meat-free, with one customer exclaiming: "That’s impossible. It tasted just like a Whopper should taste.”