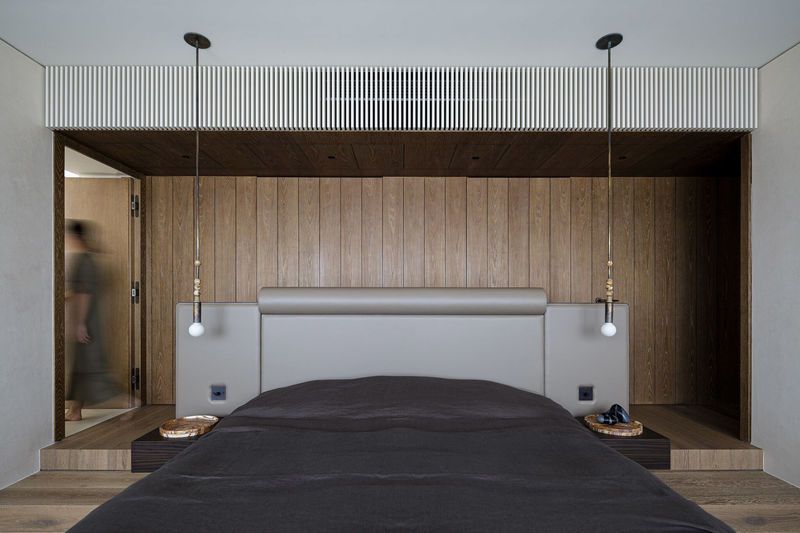 Kalina Nedelcheva — January 28, 2020 — Art & Design
References: ncda.biz & dezeen
Share on Facebook Share on Twitter Share on LinkedIn Share on Pinterest
The Imperfect Residence is a contemporary apartment in Hong Kong and its aesthetic is arranged by local studio NC Design & Architecture. The brief called for a space that is aesthetically pleasing, with a requirement for aging well, but also functional. The studio took this feedback and decided to tap ancient Japanese philosophy as it approached the interior of the abode.

As a result, The Imperfect Residence is guided by the principles of wabi-sabi, which adds a layer of allure and mysticism to the space. The core belief of wabi-sabi is that one should accept transience and imperfection, realizing the beauty behind the flawed, the impermanent, and the unfinished. NC Design & Architecture used marble and wood with various finishes in The Imperfect Residence to illuminate the motivation behind the philosophy.