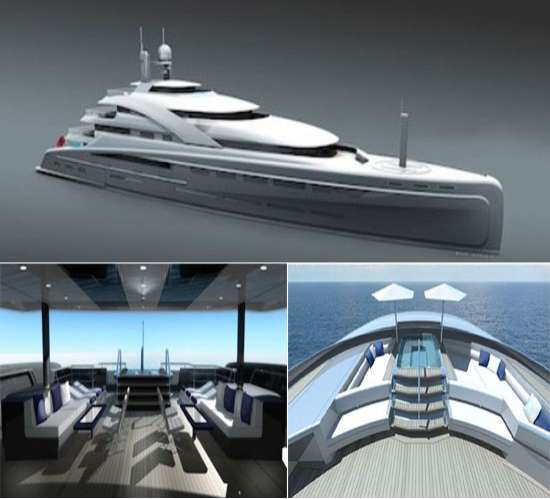 The Illusion Superyacht Adopts the Superior Styling of Rolls Royce

Susan Keefe — October 9, 2011 — Autos
References: rafflesyacht & bornrich
Share on Facebook Share on Twitter Share on LinkedIn Share on Pinterest
Makers of the Illusion Superyacht concept cite the styling of the legendary auto manufacturer Rolls Royce as the inspiration for their new, dazzling concept destined for the Chinese market. Over the past several years, Rolls Royce has made its mark on the affluent eastern marketplace by creating such exclusive models as the 3.8 million dollar Rolls Royce Phantom and the Year of the Dragon edition Phantom. All this individualized attention has left wealthy Chinese citizens hungry for more.

Hoping to capitalize on this shift in eastern tastes, the Illusion Superyacht is destined to be apart of a series of luxury Rolls-inspired yachts from Raffles shipyard. The line is expected to be ready by 2014, but a few of the vessel's alluring stats have already been released. All amenities, including a swimming pool, open-air lounge areas and technologically compatible features keep in line with the sleek minimalist styling that Rolls Royce is celebrated for. The yacht is also rumored to have a gymnasium, theater and spa on-board.

Roomy enough to accommodate 14 guests and 27 members of staff, this concept has the class and luxury to make it an instant Chinese favorite.
3.1
Score
Popularity
Activity
Freshness
Jeremy Gutsche Keynote Speaker