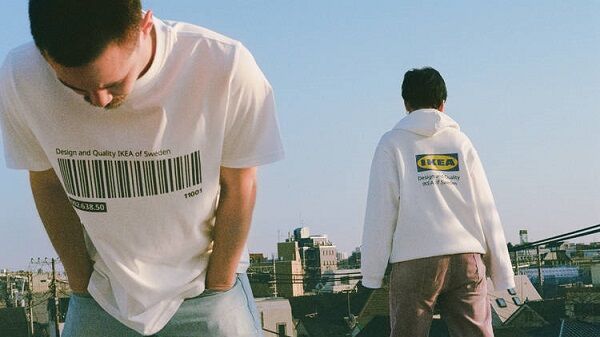 The IKEA Apparel Line is Made for the People of Tokyo

Kalina Ned — July 23, 2020 — Marketing
References: ikea & designtaxi
Share on Facebook Share on Twitter Share on LinkedIn Share on Pinterest
The IKEA apparel line is yet another bold venture from the furniture giant who has conquered almost every category possible. This is the "first-ever," "self-designed" range and it is dropping at the IKEA Harajuku store in Japan on July 31st. This will be followed by a worldwide release, of course.

The IKEA apparel line is dubbed 'EFTERTRADA' (which means 'successor') and it is launched in collaboration between the furniture brand's Japanese arm and IKEA Sweden. Furthermore, the mission statement of the capsule is quite clear—it is "inspired by, and made for, the people of Tokyo."

The capsule consists of a t-shirt, a hoodie, two bath towels, and a tote bag—all of which are bearing familiar IKEA branding cues such as the furniture giant's logo and a barcode.