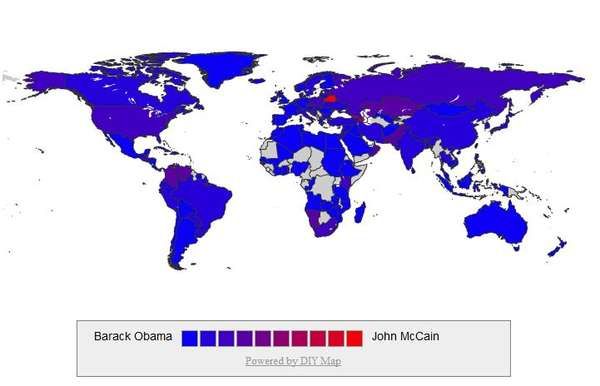 IfTheWorldCouldVote.com (Obama Would be President)

who would be the next president of the United States of America?

That’s exactly what a new site, IfTheWorldCouldVote.com, hopes to answer. So far 89,176 people have voted from 168 countries. Just to put the viral nature of this site into perspective, on September 10, just 19 days ago, there were only 23,000 votes. It’s clear, people care about politics, and they want to be heard.

But the founders of IfTheWorldCouldVote.com have “an insanely ambitious goal,” Hjörtur Smárason told me, “To get more people to vote on our site than voted in the last US election. That’s over 122 million people.”

“Wouldn’t it be great to see what the whole world thinks?” the Iceland-based site asks. You bet! Which is why I cast my vote, and hope you will too. It’s free, there’s no signing up, and it only takes a second.
4.3
Score
Popularity
Activity
Freshness
Jeremy Gutsche Keynote Speaker