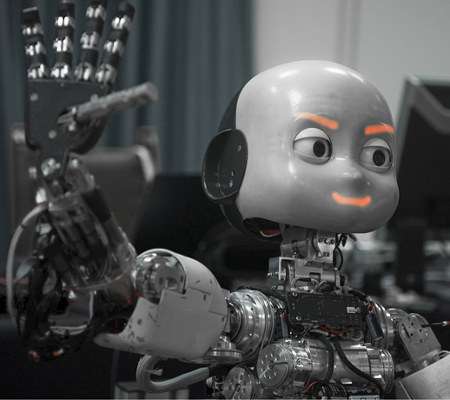 Omar Yusuf — September 23, 2011 — Tech
References: newscientist & geekologie
Driven by hope and fueled by dreams, the humanoid iCub is setting a strong precedent for human-android relations by participating in the world's biggest and most historic athletic event.

The Olympic Games have always served as a forum where human beings challenge one another as equals. Viewers are collectively forced to abandon preconceptions and admire the athletes, regardless of gender, race or creed. But there's one last glass ceiling to shatter, as organizers have yet to include artificial life in the proceedings. Inspired by the absorbing mind of a child, iCub hopes to change the pace of the 2012 summer games and stir people in London. James Law, a computer science professor at Aberystwyth University, nominated the android to help carry the torch and thus far it seems likely the toddler-like robot will be granted admission.

I'm all for letting robots participate in the ceremonial aspects of the Olympics, but I have to draw the line at the 100 meter dash. After all, humans do have to worry about stamina.
2
Score
Popularity
Activity
Freshness