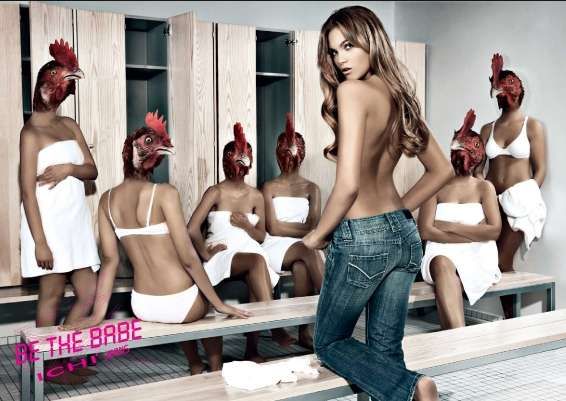 Ichi's Be The Babe Among Animals Ads

The print ads take the campaign's slogan "be the babe" literally by having one hot babe in ichi jeans pose among chicken. Well, girls with a chicken head... Which is not that flattering for the ichi wearing girl, but funny nonetheless.

Other scenarios include being the babe among a group of monkey-headed girls, cow-headed girls and other animals/girls.

The ads were created by â€œ& Coâ€ ad agency from Denmark. Yep, these are the same guys who gave us the hot partially nude girls dressing and acting like guys in the JBS mens underwear ads. Refresh your memory.
5.8
Score
Popularity
Activity
Freshness
Get Trend Hunter Dashboard