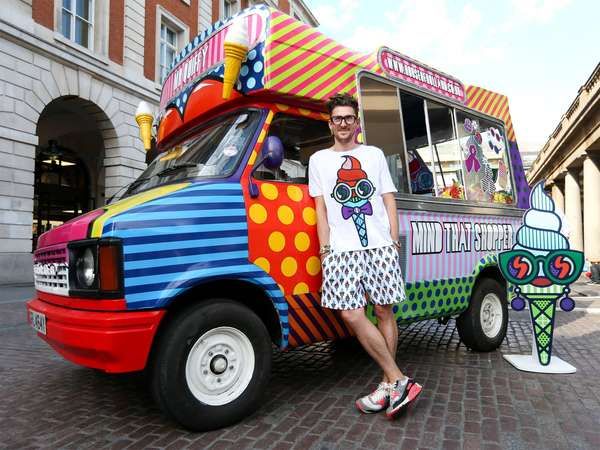 Instead of cones and lollies, he will sell a capsule collection of signature polka dots as well as candy stripes and acid brights on headwear, T-shirts, skirts, shorts, accessories and iPhone covers from his House of Holland label. With provocative t-shirt slogans such as "lick me," the Mr Quiffy’s van will be traveling around London and his hometown of Manchester throughout London Fashion Week.

Surely, the ice cream van will be a spectacular mobile billboard for the brand.