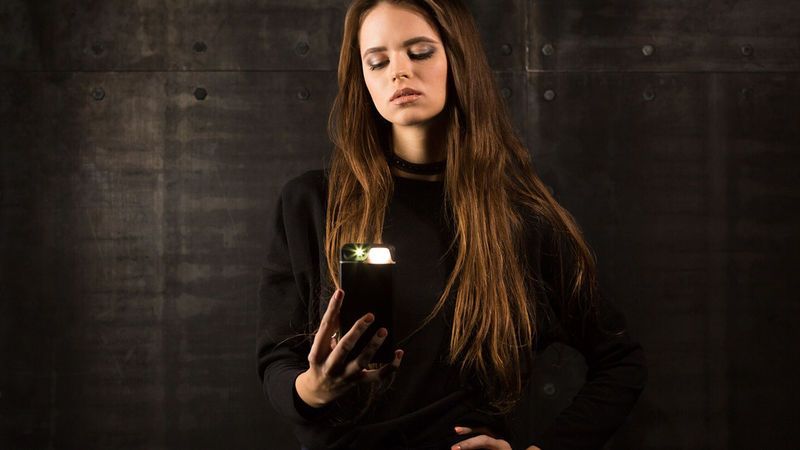 The iblazr Case Increases the Power of the iPhone Camera's Flash

Joey Haar — November 23, 2016 — Tech
References: kickstarter & digitaltrends
Share on Facebook Share on Twitter Share on LinkedIn Share on Pinterest
Though the flashes that accompany most phone cameras are bright enough to serve as a flashlight in a pinch, the 'iblazr Case' turns iPhone camera flashes into lights powerful enough for high quality photography, no matter the exterior conditions. The case contains 40 high-power LEDs that automatically sync with users' phones, lighting up whenever the flash is in use.

Not only does the iblazr Case boost the amount of flash on one's phone -- by a factor of five, to be precise -- but it also adds battery life. Rather than depleting battery, as one might expect from such a bright addition, the iblazr Case is a peripheral battery that doubles the life of one's phone.

Further, the dimming LEDs will sync up with many iPhone apps to gently pulse when users have notifications.
5.7
Score
Popularity
Activity
Freshness
Get Better and Faster