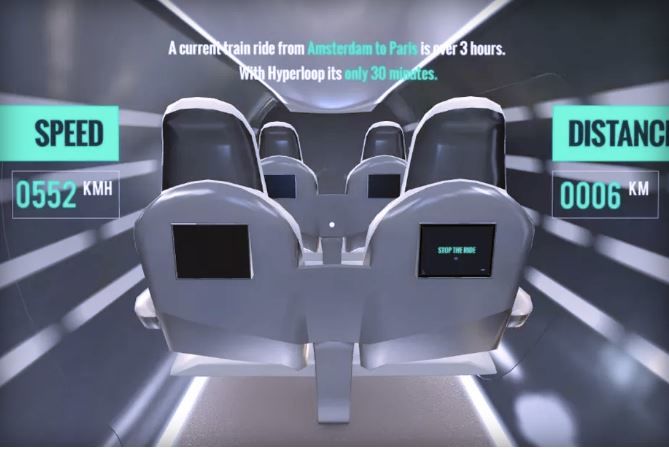 Joey Haar — August 19, 2016 — Autos
References: play.google & theverge
Share on Facebook Share on Twitter Share on LinkedIn Share on Pinterest
Though the Hyperloop certainly sounds like it will be the most promising technology for absurdly high-speed travel, the system simply doesn't exist yet, which is why Delft Hyperloop is offering the new Hyperloop VR app. In order to give consumers an idea of what a trip in a Hyperloop pod will be like in the coming years, Delft Hyperloop and INDG, a Dutch ad agency, have partnered to create Hyperloop VR.

As far as VR experiences go, the excitement for the Hyperloop VR app is in its explanation of the Hyperloop system (rather than in the virtual ride itself.) Nonetheless, the users can't help but be impressed by the fact that the Hyperloop can travel at speeds of over 1200 kilometers per hour -- meaning that it can go from Amsterdam to Paris in just 30 minutes (while current train rides take over three hours.)
5.7
Score
Popularity
Activity
Freshness
Get the 2021 Trend Report FREE