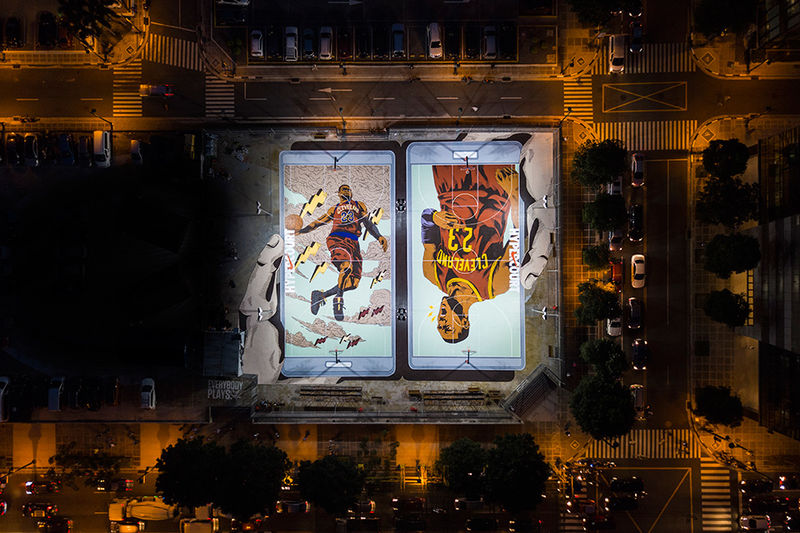 When viewed from above, the courts are reminiscent of a smartphone, representing its digitally connected capabilities. Each court features a series of unlockable content, such as training drills, that help players become better athletes, or form a deeper understanding of the sport. All of the content can be accessed through one's smart device, without data, making for an accessible and immersive sporting experience.