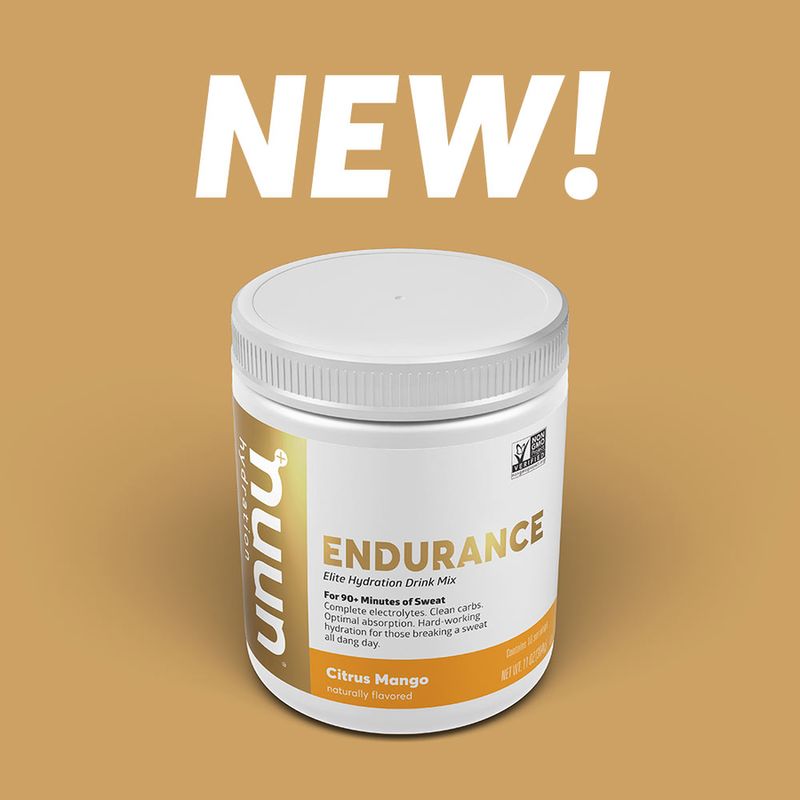 Nuun's 'Endurance' is Optimized for Intense Training and Competing

Laura McQuarrie — March 21, 2019 — Lifestyle
References: nuunlife & nosh
Nuun is known for producing a variety of functional dissolvable tablets that are packed with essential minerals and electrolytes to boost hydration on the go—now it is introducing its 'Endurance' hydration drink mix in a powdered format. Nuun Endurance leverages the work of exercise physiologist and sports nutritionist Stacy T. Sims, PhD, particularly her disruptive research on hydration.

In December 2018, the California International Marathon (CIM) became known as the "deepest American marathon ever," with a high number of athletes qualifying for the Boston Marathon and the US Olympic Trials. At the performance running event, Nuun’s long-distance hydration formula was served on-course and at CIM 2019, Nuun will be returning to serve its Endurance drinks. Nuun Endurance is also set to be served at a variety of major marathons and other endurance events across North America.
5.2
Score
Popularity
Activity
Freshness