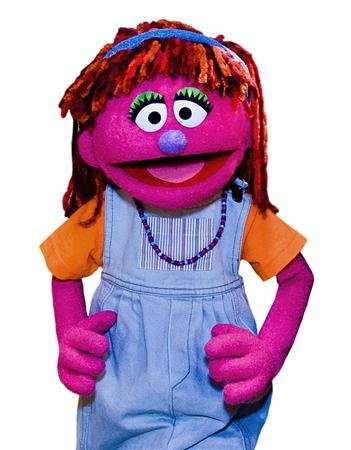 Katherinev123 — October 6, 2011 — Social Good
References: news.yahoo & ecorazzi
Share on Facebook Share on Twitter Share on LinkedIn Share on Pinterest
Sesame Street will soon be introducing to children a "hungry muppet" in a one-hour special called "Growing Hope Against Hunger" that will be aired on Oct. 9. This special program aims to teach children about poverty, hunger and where food comes from through the use of a "food-insecure" pink muppet named Lily as well as country star Brad Paisley and his wife, Kimberly Williams Paisley.

According to Ecorazzi, Lily's family will portray a family that is struggling with hunger and food insecurity; her role, in addition to providing solutions to fight hunger, is to create awareness about the hunger issues facing American families and food insecurities among American children. This latter issue was what prompted Sesame Street to create the new program and muppet character. Food insecurity affects over 17 million American children, according to the U.S. Department of Agriculture. These children, more than half of whom are under the age of 6, feel uncertain about their access to food.
1.4
Score
Popularity
Activity
Freshness
Get the 2021 Trend Report FREE