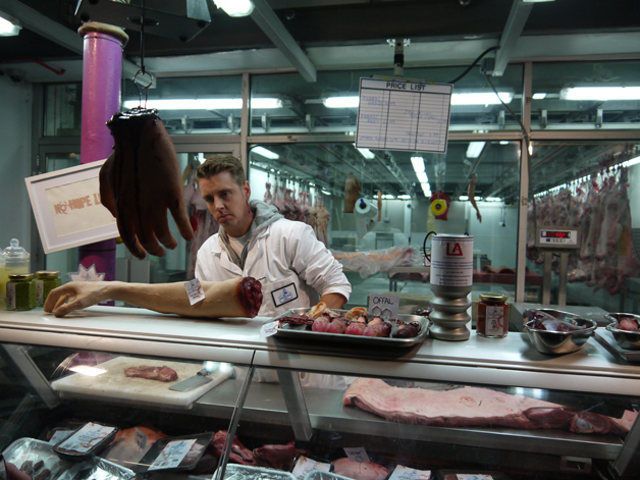 Unsuspecting members of the public were given a brief glimpse into the hellish world of Resident Evil as they were invited to sample and purchase a cornucopia of human corpse cuts including hands, feet, ears, eyeballs and even a few severed male reproductive organs. There are also some specialty Resident Evil meats, such as the Peppered Human & Lemon Sausages that were created specifically for the event. All the items on sale would make for an excellent spread of Halloween hors d'oeuvres.

In addition to the pop-up human butchery and morgue, Resident Evil fans were invited to attend two days of lectures at St. Bartholomew’s Hospital Pathology Museum where they can learn all about past, present and future trends in food consumption and hypothesize how cannibalism plays into future human diets.

All proceeds from the sales at the pop-up human butchery and morgue will be donated to the Limbless Association, which provides information and support to people who have been affected by limb-loss.
6.1
Score
Popularity
Activity
Freshness
Attend Future Festival