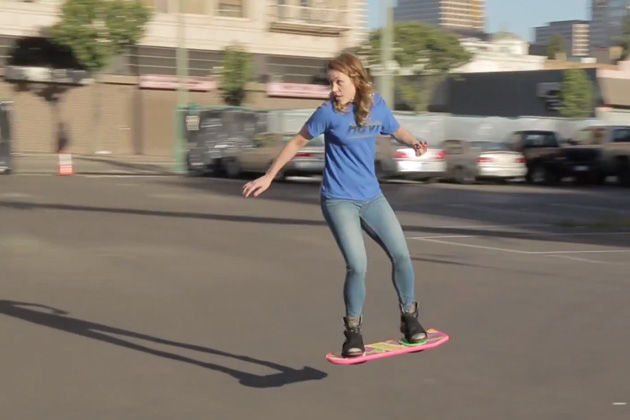 The Real Hoverboard By HUVr Brings Us Back to the Future

Kristina Marković — March 5, 2014 — Tech
References: huvrtech & almostnerdy
If you’ve always wanted to get around by hovering above the pavement, HUVr’s hoverboard can now fulfill your dreams. The real hoverboard concept seems too good to be true. The hoverboard is a concept created by an MIT graduate team of scientists. The hoverboard looks just like the one Marty rode from the childhood movie classic Back to the Future II.

The HUVr hoverboard video of the gravity-defying vehicle recently went viral. The video, which features Tony Hawk and Christopher Lloyd, along with a few other celebrities is creating a massive Internet buzz for HUVr.

The HUVr team project has been in conception since 2010 and the company website confirms that the anti-gravity system is a working success. The hoverboard will be able to activate via Bluetooth through a mobile app. The hoverboard will hover you through city streets with all the vital data like distance, travel time, speed on the board itself and on your mobile device. The HUVr hoverboard is set to be released December 2014.
5.3
Score
Popularity
Activity
Freshness