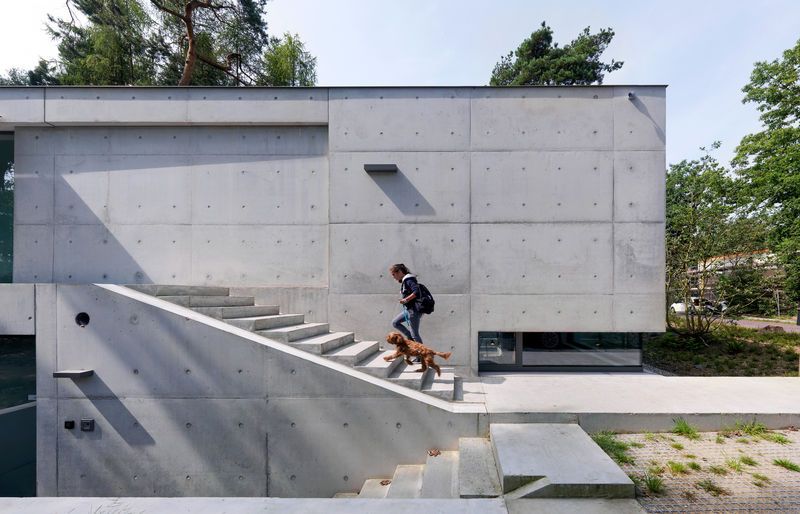 Joey Haar — May 21, 2018 — Art & Design
References: archdaily
Share on Facebook Share on Twitter Share on LinkedIn Share on Pinterest
When living in a rural, natural area, it's easy to feel exposed, but the residents of 'House Zeist' aren't likely to be too concerned about their wellbeing. That's because the home is designed to look solid and imposing. Despite being in the midst of a dense forest in the Dutch town of the same name, House Zeist looks like a military bunker, contributing to a feeling of security for the residents.

Though House Zeist has a martial aesthetic, the architects didn't let that style impede the actual quality of living in the home. Many of its walls are primarily glass windows, leaving plenty of space for natural light to pour into the interior. The home thus captures the best of both worlds: the natural and the civilized alike.