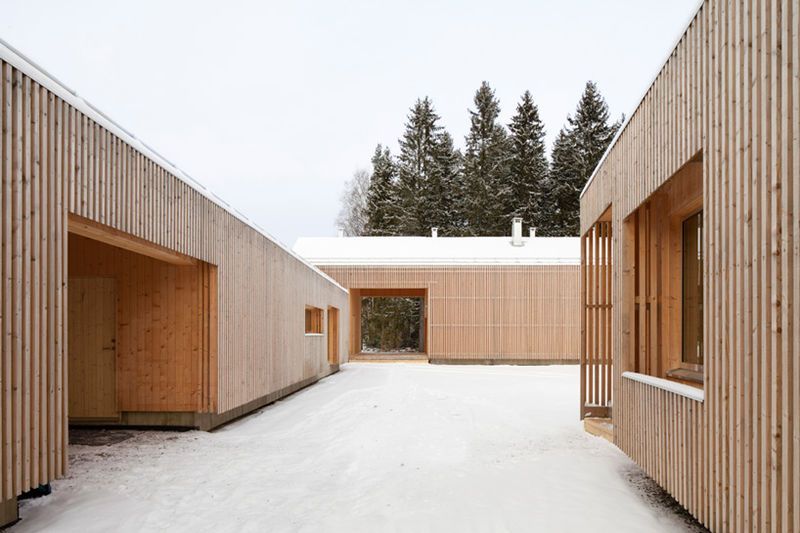 The House Riihi in Finland Focuses Around a Central Courtyard

Jamie Danielle Munro — July 15, 2014 — Art & Design
References: oopeaa & designboom
Share on Facebook Share on Twitter Share on LinkedIn Share on Pinterest
Built mainly around an inner courtyard, the House Riihi in Finland by OOPEAA architecture firm is made up of a slatted wooden facade. It's made to keep in heat as effectively as possible, since in Finland it does tend to become quite cold in the winter.

Instead of having the entire house connected, the property holds three separate buildings. Apparently "this combination, along with the volumes’ forms, subtly reference traditional finnish farms, serving to provide a vernacular identity to the architecture, which is located in the small village of Alajärvi," as stated on DesignBoom. Since slatted wood is used for the outside, the entire abode looks quite minimalist, with a cottage aesthetic due to the material used.

When the weather is nicer out, the courtyard features a garden filled with flowers.