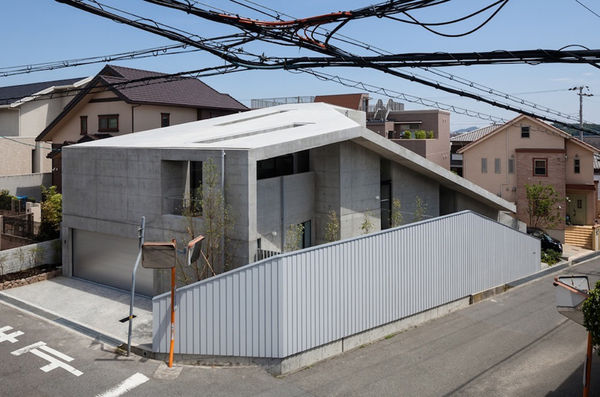 The House of Hyogo Cascades Through Stairs and Slopes

The house, which was designed by Japanese firm Shogo Aratani Architect and Associates, has a large barrier that follows the groove of the hill that looks like a gated rampart on the west side of the house. Inside, the large gray concrete structure is characterized by a layered, open space concept, with each level requiring a set of stairs or a slope to reach. The steps and slopes meander up from the entrance all the way up to the ceiling, giving the house a cascading feel. The lowest portion of house holds the entrance and guest room, while the middle hosts the living and dining space, with the highest levels hosting the main bedrooms.