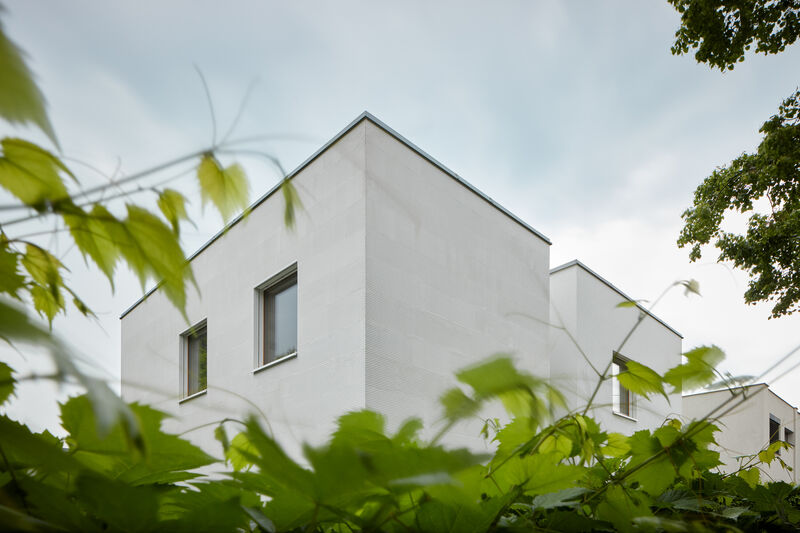 Surrounded by greenery and designed with an emphasis on natural light and open space, the home is intended to produce a "notion of floating" between its interior and exterior. At the center of the house is the dining room, which functions as the connecting point between the house's four sections. It also leads to the beautiful terrace, garden, and conservatory, which surround the home's backyard pool.

With white walls and light wood finishing throughout the house, this zen-inducing space is able to be serene but not austere; it is a sanctuary that stills feels like a home.