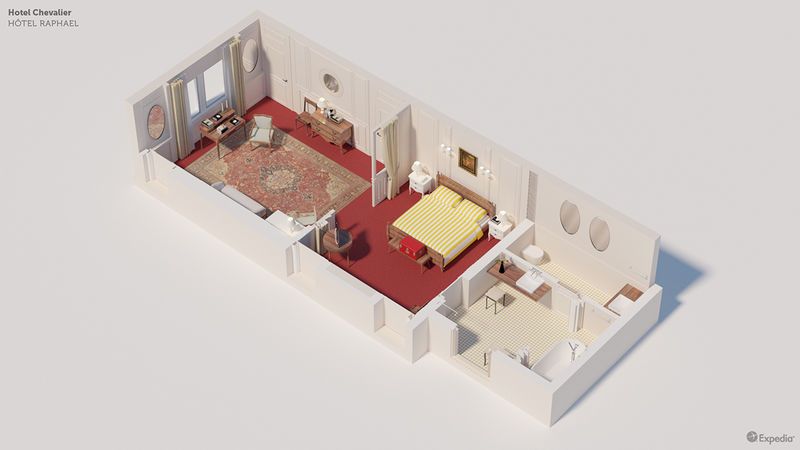 Other examples in the roundup of hotel floor plans include the room from Wes Anderson's 'Hotel Chevalier' and the Majestic Yosemite Hotel from 'The Shining' -- a must see for the die-hard horror movie fan. For the more action-obsessed, NeoMam and Viewfinder's collaboration visualizes the Fontainebleau Miami Beach from 'James Bond: Goldfinger' and for those who enjoy experimental films, the Ambassador Hotel from 'Fear and Loathing in Las Vegas' is aptly depicted.