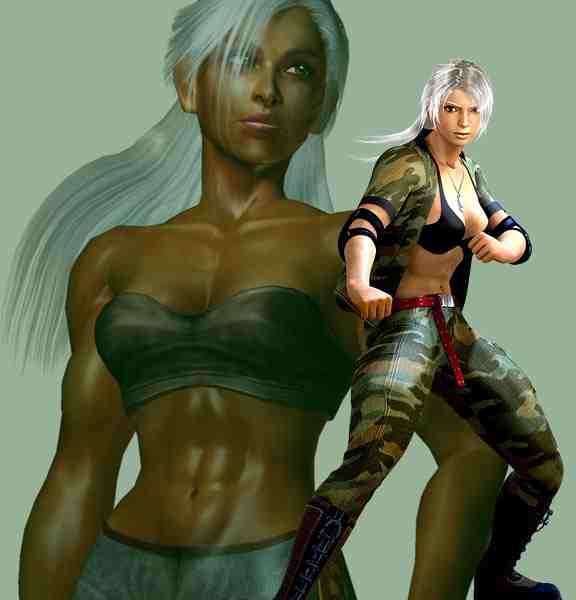 Cowbag — August 9, 2008 — Tech
References: slobsofgaming
Share on Facebook Share on Twitter Share on LinkedIn Share on Pinterest
This is a bit creepy as people must have put a lot of thought into the top 25 hottest female fighters in video game land. Objectively I have cut it down to ten for your enjoyment - and yes boys also your pleasure. At least we can enjoy it without being sad enough to compile the list and work out the vital stats in the first place. I have also tried to ‘ungeek’ it a bit - not an easy task.

Well if you love pirate wenches she is your girl and also “carries a Duesenburg, curses up a storm, sports a sexy little beauty mark, and is modeled after Japanese hottie Ringo Shiina.”

This latex glad blond is very popular in Virtual Fighter and I don’t think for her kick combos do you?..

Unquestionably she will kick your ass.

Reminds me of Britain’s Missing Top Model - hot despite missing an arm. Very pink but not in a playboy bunny kind of way.

Very Ninja Turtle but in a good way. Orchid’s has the best no mercy move ever - unzipping her top and flashing her opponent.