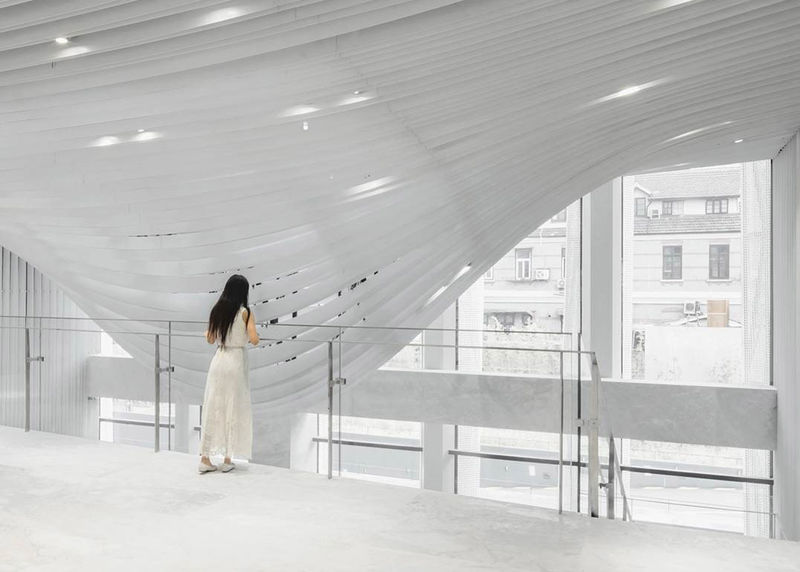 Joey Haar — July 18, 2016 — Art & Design
References: kkaa.co.jp & dezeen
Share on Facebook Share on Twitter Share on LinkedIn Share on Pinterest
The Hongkou Soho, a previously unexceptional building near the downtown core of Shanghai, China, has been revamped by Japanese architect Kengo Kuma. The building's new facade is made from sheets of perforated aluminum and designed to resemble the drapery of a dress.

Up close, the aluminum "pleats" that cover the complete height of Hongkou Soho look like intricate geometrical lines that randomly interplay as part of the creative design. However, from a more distant perspective, the viewer can no longer see the perforations in the aluminum, and the facade looks far more like a delicate, supple fabric hanging from the skyscraper.